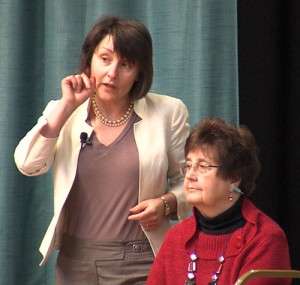 Cranial Electrotherapy boosts the feel good chemicals in our bodies.

I went on a Alphastim training update a few weeks ago and was powerfully reminded of how effective the cranial therapy can be. This is largely to do with its ability to increase the levels of endorphins and serotonin circulating in the body, which between them have a pain killing and deeply calming effect.

I have to admit I haven’t used the cranial therapy much in my own clinic as I tend to the other Alphastim tools to reduce pain. But on the training day we had the opportunity to work with two patients suffering with fibromyalgia (a chronic and untreatable pain condition…or at least not effectively treated using medications).

Both of these patients had had to give up their jobs and lay in bed for large portions of the day because of their pain and the fact that lights and noise really aggravated them. But both had achieved excellent improvements using the cranial stimulation and in fact now used this as their main method for managing their condition. In both cases it had enabled them to go back to work and live a much more normal life.

In one study on CES (Cranial Electrical Stimulation) measured levels of Beta Endorphin (a natural analgesic said to be more potent than morphine and which also promotes a sense of well being) and Serotonin (a neurotransmitter that helps you sleep and calms anxiety). The levels were measured in the plasma and in the cerebrospinal fluid before and after treatment.

Interesting results! It explains why the two fibromyalgia patients were doing so well using CES….It looks like I will have to take a second look at using the CES more often in my clinic for those hard to help cases…

The Clinic is open during Lockdown 2 for ‘urgent and high needs care’.

Give me a call if you’re not sure if this applies to you I’m happy to have a chat.